In this YouTube video below, Lynn Himmelman, NDT Master Trainer was interviewed by Dr. Artour Rakhimov about sexual abuse and solutions/effects of the NDT on people who suffered from this type of emotional trauma.

Dr. Artour Rakhimov asks about the many students who Lynn helped who suffered from sexual abuse and what are common factors. Lynn Himmelmann says that the New Decision Therapy is often very successful with survivors who have sometimes suffered extreme sexual abuse such as gang rape and have been unable to get on with their lives in a productive way where they can feel happy, safe and strong. The common effects of being sexually abused cause emotions of guilt and regret to appear, with strong anger towards the perpetrator(s). 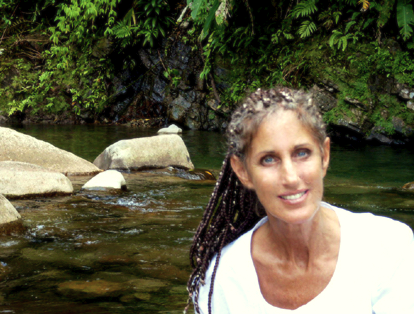 She says how much she loves Kandis Blakely for creating the New Decision Therapy, a process that can bring finality and a clear end to this type of stored emotional trauma. Then the person can reach a point where they can actually trust life again instead of living under a burden of guilt, regret and often anger. They realize that there are still multiple opportunities for them to step back into life and feel safe inspite of sexual abuse that took place in the past.

Overbreathing or chronic hyperventilation make the general problem of rape more common on both sides. For the perpetrator, body and brain hypoxia promotes sexual fantasies due to a lack of carbon dioxide that has calmative (sedative) effects of nerve cells. In victims, chronic overbreathing makes state of gilt and regret more persistent preventing recovery in behavior and reinforcing these negative emotions and behaviors (such as avoidance).

These are the reasons why breathing retraining is a powerful additional tool that allows former victims to get back to their lives faster.