Tai Chi/Qigong Benefits: Super Health if Your Breath Is Tiny 24/7


In this video below, Dr. Artour Rakhimov (a coach of 2 World Champions) asks Volker Schmitz (a Tai Chi teacher from Hamburg, Germany who also teaches Qigong and Shaolin Kung Fu) about Tai Chi breathing benefits or how this Chinese Martial Art method and breathing patterns can enhance each other. One more video (about Qigong) is provided below.

Volker learned Tai Chi, Qigong, and Shaolin Kung Fu from Chinese masters traveling to China over 20 years ago. Chinese traditional breathing is certainly diaphragmatic, but not deep in terms of the amount of air we require for breathing. In fact, we want to breathe as little as possible 24/7, and this is the main mind-training exercise that provides maximum benefits for our physical and mental health. Thus, to get benefits from Tai Chi breathing retraining is the key to success, while, as a form of ancient Chinese Martial Arts, Tai Chi greatly enhances breathing retraining process that can take many months. 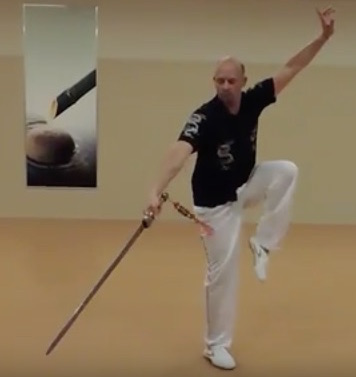 Volker begins by explaining that breathing volume is normally not the top step to focus in Tai Chi/Qigong classes, rather the number one step in Tai Chi class is on body relaxation to reduce stress. Relaxing the entire body and having a correct posture with precise Tai Chi movements balances both sympathetic and parasympathetic nervous systems. Volker is also a Buteyko Breathing teacher and he has measured his body oxygen test levels, also known as control pause (CP) test levels, before and after practicing Tai Chi, and he has found his body oxygen levels increased following Tai Chi movement practice. Our best students get up to 50-80 s for this test in the morning (after waking up) and even higher numbers during the day.

Practicing Buteyko Breathing has also helped Volker in his Tai Chi/Qigong practice; for example, Buteyko Breathing helped him lose weight and increase his concentration. Increased concentration helped him in his Tai Chi postures and relaxation to eliminate any signs of stress. Volker says the main goal in Tai Chi practice is to achieve higher levels of ‘chi’, or energy, and by slowing down his automatic breathing he has excelled in practicing Tai Chi.

Dr. Artour reminds us that 99% of humans, especially seniors, over-breathe, or hyperventilate, without knowing. This promotes weight gain, arthritis, stress and many other health problems and symptoms. He asks Volker to comment on how Tai Chi can help someone coming to class for the first time with mild hyperventilation, day and night. Volker gives an example of a new student coming to class with a 20 second CP test result, and after Tai Chi/Qigong, their CP or body oxygen test raises to 30 seconds; however, the next day this person is back to having a 20-second body oxygen test result because of incorrect sleeping.

Finding an experienced Buteyko Breathing teacher is easy through an Internet search, but only some of them teach the Buteyko method to the depth of original Soviet/Russian teaching. Students should seek out teachers who have already reached the breathing level (see the Buteyko Table of Health Zones) that students themselves wish to achieve.

Here is another YouTube video, where Volker explains Qigong and breathing mutual benefits.