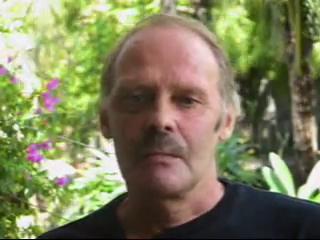 Alexander Sergeevich Stalmatski (Sasha), a mathematician by education, was the key man who brought the Buteyko method to the Western World.

In my view, somewhere between 70 and 90% of Buteyko-exposed Western people know about and learned the Buteyko method due to Sasha’s efforts. For example, this website exists because in 2001 I accidentally found Alexander Stalmatski’s book in a library and read it (you can see its cover below). 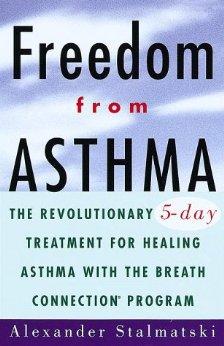 Currently (2015), thousands of Western people recovered from asthma, bronchitis, sinusitis, heart disease, asthma, and even more serious conditions, such as diabetes, cancer, and emphysema. In total, we are talking about several 100,000s people. This means that he provided a huge help to the health of humanity.

In 1990, he arrived in Australia and later taught thousands of people in Australia, the UK, Ireland, the USA, and Asia.

His other contributions included the teaching of first generations of Western Buteyko practitioners (about 45 in total) in Australia, the UK, Ireland, and Asia. Among his pupils are Vladimir Sukhonosov Ph.D., Frieda Belakhova, Margaret Brooks, Christopher Drake, Jac Vidgen, and Jen Tiller.

In these videos, Alexander Stalmatski shares his experience and knowledge related to the history of the Buteyko movement and the method itself.

Do you know any other places or time periods, or people he trained? You can leave these details below.

The greatest mystery in Alexander Stalmatsky’s life is following. How was it possible that the top and most successful Buteyko practitioner could not find new students and settle in Sydney (Australia), then London and Glasgow (the UK), then Dublin (Ireland) and, finally, New York (the USA)?

There is an unconfirmed rumor from some unanimous source that Alexander Stalmatsky was recruited by the KGB or was linked with the KGB, and this could be a factor why he could not have a constantly-growing practice.

Could this be true? Since he moved to Australia in 1990 (when the USSR was still alive), it is obvious that he had to get KGB’s agreement or approval for his visa. Soviet citizens required a visa from the Soviet state in order to travel abroad. I know that too well since many of my colleagues and myself were also required to meet KGB officers and get their approvals before traveling to Western countries (this was in 1991).

Note that, in the case of Alexander Stalmatski, this factor (his cooperation with KGB) could become a negative factor that created opposition and corresponding actions of Western NSA (national security agencies). This could have prevented his advance and expansion in those countries.

However, it would not be a surprise that, in my case, since I refused to fully cooperate with the KGB in 1991, this factor (my refusal) could become a negative factor that affected my life later starting from 1994 when I immigrated to Canada. As one may guess, my refusal from complete cooperation with the KGB (as I did in 1991 when having a scientific job in Finland) could be considered by Western agents as a refusal to cooperate with secret agents in general. Hence, whatever one does (in relation to cooperation with the KGB), it could result in special activities of Western security intelligence agents.

My personal view is that he was not able to settle and practice on 4 different continents due to hidden activities of the Russian KGB GULAG Mafia and Western national security organizations. The strategy of the KGB GULAG agents was to organize terrorism-type crimes related to his whereabouts and people/organizations he was interacting with. Then the strategy of local national security agents (in all places where he lived) was to get rid of him since he was bringing more terrorism to this specific place. You can find out more about mystery crimes, massacres, and murders.

There is another great healer, a creator of New Decision Therapy, Kandis Blakely, who had a strikingly similar destiny to the destiny of Alexander Stalmatsky. She lived in Santa Barbara, California where she taught the NDT. However, later, due to mysterious wild forest fires, and possibly due to other events, she moved out and traveled around the world for many years. Finally, she died in … Malaysia in December 2013. More details are here: Why Kandis Blakely, the NDT creator, died.

Whatever the real causes related to decline of Sasha Stalmatsky and his death, this man surely produced the greatest impact on the advance of the Buteyko method and physical health in the Western world.

Go back to Buteyko