Many people believe that yoga is mainly about postures and maybe little breathing exercises, while ancient yoga texts had opposite ideas. One may spend years practicing asanas and thousands of hours doing the same yoga breathing exercises, but his or her health will not become better. In fact, it may get worse and worse. Instead of this, it is smart to think about finding some criteria or measurements of health in people practicing yoga. Then we can decide who is a real yoga master.

Indeed, the body and cells require oxygen 24/7. A yoga novice can practice in the best yoga sessions, but if he or she sleeps on their back at night, or breathes through the mouth while sleeping, all the positive effects of yoga practice will be demolished by tissue hypoxia and free radicals generated during sleep. 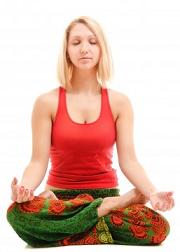 According to ancient yoga books and manuscripts, the goal of yoga breathing exercises is to “restrain”, “hold”, “suspend”, and “calm” the breath 24/7. See the quotes from 3 most important yoga manuscripts (Hatha Yoga Pradipika, the Gheranda Samhita, and the Shiva Samhita) on the page Yoga Benefits. There are no any hints or quotes in these classical yoga texts about “breathing more” or “breathing deeper”. According to these books, progress in Pranayama (the main yoga breathing exercise) is measured in longer cycles for breath holds, inhalations, and exhalations. This is possible only if one’s unconscious breathing becomes smaller and slower.

When the diaphragmatic breathing pattern gradually becomes slower and lighter (breathing less air 24/7), blood supply, perfusion, abilities of the immune system, cells’ oxygen content, and many other key parameters of the human body are improved. 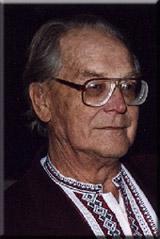 While Dr. K.P. Buteyko was a medical doctor and a leading Soviet physiologist, he also devoted considerable time studying the biochemical effects of yoga breathing and hatha yoga postures (poses or asanas) on his own health and the health of his numerous students and pupils. He discovered the essence of yoga breathing techniques and exercises and the secret of the vibrant health of yoga masters. (When people are real yoga masters, they do have vibrant health.) Buteyko’s discoveries can dramatically enhance positive yoga effects on automatic breathing, improve yoga benefits related to relaxation and meditation, and successfully deal with anxiety, weight loss, stress, asthma and many other conditions.

According to Buteyko, hatha yoga masters are at the top of the Buteyko Table of Health Zones due to their very slow diaphragmatic breathing at rest or during sleep: only about 3 breaths per minute and around 2-3 min for the body-oxygen test. Their very light and slow diaphragmatic breathing explain their amazing abilities, which were a hot topic for discussion in mass media in the 1960’s. It also explains the popularity of yoga styles and techniques for relaxation and meditation, and for helping with weight loss, stress, anxiety, and asthma.

During the 1950s and 60s, many respectable Western and Soviet medical and scientific journals extensively wrote about the abilities of the yogi to do various unusual things with their bodies (“yoga miracles”). For example, they could change and regulate their heart rate in a very wide range (e.g., from 10-20 up to 120 or more beats per minute); change and regulate temperature of, for example, one arm; move a volume of water inside the small and large intestine in both directions; be buried in a sealed coffin for several days and come out alive afterwards; go into a state similar to hibernation of animals with very low heart rate and body temperature for many hours or days (some yogi did not survive the last two endeavors); etc. These miracles were often witnessed and described by Western doctors and scientists. In many cases, these abilities of yogi were measured and confirmed using corresponding devices, such as EKG, thermometers, X-rays, etc. 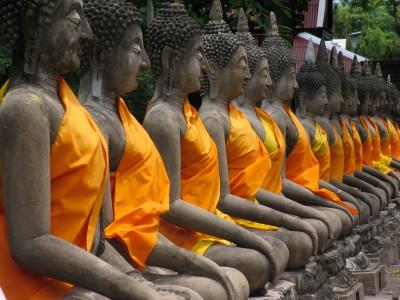 In 1969 Dr. Buteyko was invited to deliver a Lecture about his medical discoveries to leading scientists of the most famous Soviet University (Moscow State University). It was not a surprise that his Lecture had the following title “From spasmodic disease to super-endurance of yogi”. Dr. Buteyko suggested the following explanation to the title of his lecture, “Therefore, our public lecture – “From spasmodic disease to super-endurance of yogi” – is not an empty phrase, not fantasy, but a reality, already proven by thousands of people!” This lecture was published in one of the leading popular Soviet magazines “Science and Life” (Nauka i zshizn’).

“There is one question not discussed here: what would happen with the organism, if breathing decreases below the norm? That is, when breathing changes from deep to shallow, and then from shallow to constantly shallow. Here we should not confuse full breathing of yogi with deep breathing. 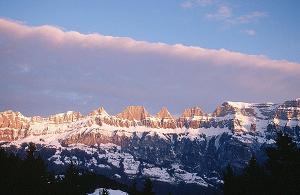 And finally one should not confuse the following concepts: we are speaking about breathing, which goes on day and night, about our basal breathing, foundation of life. Meanwhile, the system of yogi has separate breathing exercises. Therefore, it is practically unimportant for us how and what you do: feet upwards or downwards, through the right or left nostril, or by right or left side. We are interested in where you will arrive as a result of these exercises. If carbon dioxide increases, and breathing decreases, with each day, then this will ensure the transition of man into a super-endurance state. 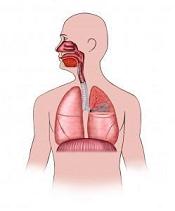 And if we record the lungs’ ventilation and levels of carbon dioxide, it is clear that with such training lung ventilation is reduced, and carbon dioxide increases. Therefore, full breathing of yogi, according to its physiological effect, is analogous to our shallow breathing. This is the reason of its benefit. Now many people are interested in the systems of yogi. This, of course, is a surprisingly wise system of exercises.

I do not speak about any religions or superstitions, this is not part of the tasks of my lecture. But physiologically, yogi instinctively selected almost everything that decreases respiration: the majority of their postures (*asanas) lead to the decrease in respiration, and the respiratory gymnastics itself is called, in Indian, Pranayama. The literal translation means “slowing breath”. Whatever the yogi did with their breathing, their final goal was to restrain [breathing], to harness it, to reach breathlessness and deathlessness. But those, who misinterpreted and badly understood it all, introduced this confusion that allegedly deep breathing is the breathing of yogi…

Do you want to read more Yoga quotes (5 more paragraphs of amazing wisdom) by this leading Soviet physiologist? They are provided right below here as your bonus content.

There is no total one-sidedness: if we increase carbon dioxide above the norm (the middle norm), then an interesting phenomenon arises which I will explain later such as super-endurance [or super-resilience], a special stability of certain processes, a special stability of the nervous system, etc. Now we shall connect this with the secrets of the yogi, which thus far have not been decoded. It turned out that we discovered the way to decipher super-resilience of the yogi and their miracles.

All these miracles are based on the fact that yogis accumulate CO2, and all their secrets are connected with a reduction in breathing. Over 30 years ago [John] Haldane found that the organism regulates CO2 level with 0.1% accuracy (the threshold of CO2 regulation). Since this is the level of accuracy, CO2, obviously, is very important. Is oxygen-regulated with the same precision? Only when oxygen decreases by more than 5%, the organism reacts to restore it.

Then we understood that by reducing breathing below the norm, our patients arrived at miracles. Here we realized . . . what it was all about! It reminded of the yogi. What they strive for, it turns out, is achieved through reduction of breath and increase in carbon dioxide. This explains their miracles.

… Super-endurance of yogis is the effect of shallow breathing. This final result unites real yogis and our system, the scientific system of breathing. Yoga should be studied! There are many interesting physiological things there. This topic is raised by many scientists in Moscow, and I support them. We came across these phenomena accidentally, and if we focus on them, many interesting things can be discovered.”
Dr. Buteyko Lecture in the Moscow State University (1969) 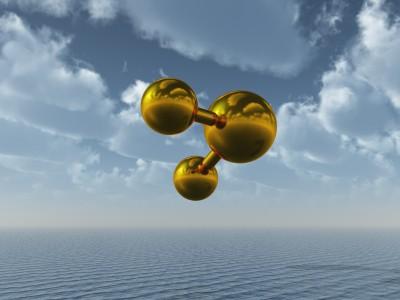 With improved skills and health, a yoga student should gradually increase the durations of inhalations, breath holds, and exhalations, while practicing Pranayama. It is quite common that even modern yoga masters can easily perform Pranayama with only 1 breath per minute or less to accumulate more CO2. It was and is an obvious physiological mistake to call Pranayama a “deep breathing exercise”.

Many more quotes are presented below, while there are about 20 paragraphs in his Lecture where the words “yoga” are mentioned. Note that, while there are many yoga styles, techniques and schools, Dr. Buteyko, as a doctor and physiologist, focused on hatha yoga and the main hatha yoga breathing exercise, Pranayama.

Unfortunately, most modern yoga leaders and teachers have opposite views on yoga breathing. They believe in a toxic nature of CO2 (it being a waste product and poison) and the deep breathing myth (e.g., see quotes of Bikram yoga teachers: Bikram Yoga Benefits).

Another related web page explains Pranayama benefits. It focuses on health benefits of Pranayama based on slower breathing, high CO2 and more oxygen in the cells of the body.

NormalBreathing YouTube playlist:
– “Yoga Is Ancient Technique For … More Oxygen in the Body: Pranayama, Asanas and Yogic Lifestyle for Super Health [If You Retrain Your Breath]” – Yoga Breathing, Pranayama, and Lifestyle.