In this YouTube interview with Dr. Artour Rakhimov, he explains the causes of Raynauds disease and cold extremities and effective treatment techniques that lead to clinical remission. 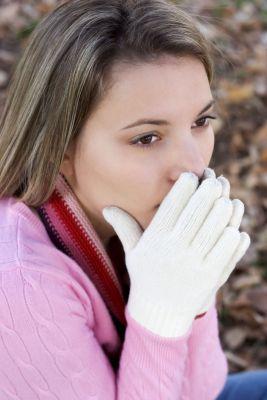 While teaching breathing courses, I met many students who had problems, sometimes severe ones, with their cold hands and feet. Some of these students had Raynaud’s disease. Many of them were using water bottles in bed to warm up their feet in order to fall asleep. Later, usually in 1-2 weeks, they reported that these symptoms and problems disappeared naturally with breathing retraining. However, before the course, all these students had less than 20 seconds for the body-oxygen test indicating poor circulation.

Raynaud’s disease is currently explained as a poorly understood condition with hyperactivation of the sympathetic system due to unknown causes. The overactive sympathetic system causes the spasm of blood vessels in the hands and feet leading to reduced blood flow and low oxygen levels in extremities.

Raynaud’s syndrome has two major causes:
– arterial hypocapnia (low-arterial CO2) that leads to vasoconstriction since carbon dioxide is the most potent known vasodilator
– a lack of electrons in body cells due to insulation from Earth.

In most cases, both these factors are present. Since CO2 is the most powerful known vasodilator, a lack of CO2 causes spasm of blood vessels. Deficiency of electrons exacerbates perfusion and tissue hypoxia.

As a result of these deficiencies, people with Raynaud’s disease have less than 20 seconds for the body-oxygen test, while the clinical norm is 40-50 seconds. Obviously, vasoconstriction also causes low O2 levels in the brain, heart, and all other vital organs. Therefore, it is common that people with Raynaud’s phenomenon also suffer from many other effects of hyperventilation, such as chronic fatigue and complains of being tired, low or depressive mood, poor sleep, and problems with insomnia (cold feet makes falling asleep much harder).

Each student with Raynaud’s who increased their body oxygenation above 20 seconds experienced a major reduction in severity of cold hands and feet. Generally, from a practical work of breathing teachers with Raynaud’s students, it is known that breathing retraining is able to resolve the problem completely if the person gets over X seconds for the body-oxygen test 24/7 (see more about this number X below). This usually takes about 2-4 weeks for a person who can devote about 2-3 hours per day to breathing exercises and physical exercise with nose breathing.

Number X that provides a relief (clinical remission) for this condition is provided right below here as your bonus content.

Get over 30 real seconds for the body-oxygen test in the morning and 24/7 with less than 75 for heart rate (sitting at rest on an empty stomach), and you will forget about your nightmares with Raynaud’s disease and start enjoying good (but not ideal yet) health.

Earthing, as an additional technique, leads to faster recovery. Earthing during sleep is a very effective technique even without breathing retraining.

As for immediate methods to relieve existing symptoms of Raynaud’s disease, one can apply a breathing exercise How to Warm up Cold Hands and Feet. This exercise involves breath holding (after an usual exhalation), and reduced breathing (breathing little less air that provides carbon dioxide for the lungs and blood in order to dilate arteries and arterioles that provide blood for extremities).

An additional measure that helps to get rid of symptoms of Raynaud’s disease in about 15-20 minutes is to use a feet or hands bath (with sea salt and electrical grounding to Earth) that is explained on this web page: How to Ground Yourself.

Over 90% of my students, when they practice the required amount of work, are able to treat their symptoms naturally and eliminate symptoms of Raynaud’s completely.