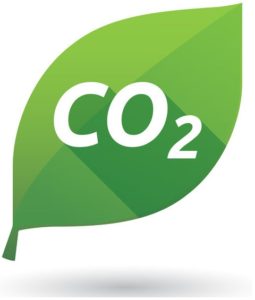 It can be said that the concept of deep breathing is not doing any good for human health. Overbreathing can at times make the health of the individuals worse and it can also lead to the worsening of chronic diseases. According to the information provided by the international medical and physiological researchers, the normal breathing at rest for a man weighing around 70 kg needs to be in accordance with the following parameters:

The stress-free breath holding time is basically the normal exhalation which also serves as one of the best and most accurate DIY tests for the body oxygenation and breathing. Normal individuals are able to breathe around 12 liters per minute when they are at rest. As this estimate was done around a hundred years ago, the amount can be doubled in order to make it suitable for today`s world. Apart from this the people who are a little sick can breathe around 12-18 liters per minute. This is during the time when the body of the individuals is normal and in the state of stress-free breathing holding time which occurs after the exhalation. The exhalation needs to be less than 20 seconds in such cases.

Now, when we come to the severely sick or the critically ill individuals who have to do heavy breathing and have quite less oxygen in their bodies require less than 10 seconds for the breath-holding time which can be tested.

Therefore, when a person breathes more than the normal norm, pattern issues can surface. This kind of breathing is called overbreathing. The effect of hyperventilation is the excessive and quick removal of both CO2 and CO2 deficiency in the cells present in the body. Due to this, the main organs such as the kidneys, liver, heart, brain, small colons, large colons, pancreas, spleen, and the stomach tend to get lesser blood. Similarly, these organs receive lesser oxygen due to the decrease of CO2.

Hence, it needs to be kept in mind that the more an individual breathes the lesser amount of oxygen its vital organs get, which is due to the negative effects of hyperventilation in the body. It can also be concluded that the body oxygenation has an overall inverse relationship with the unconscious breathing frequency and goodness of deep breathing. Promotion of deep breathing is just propaganda that has been established by the mainstream media. Also, this over-breathing can easily cause chronic diseases as they are directly linked to tissue hypoxia. Therefore, it can be deduced that heavy breathing is not the solution to human health as it causes several issues. The deep breathing myth needs to be ignored now.