Dr. Artour asks Lynn Himmelman if emotional trauma processes had any actual survival value during our evolution. He continues that in our closest relatives, for example, chimpanzees, it would not be possible to dwell on problems and the experiences would be stored away so that they could continue to act effectively with present awareness. Repressing trauma was simply the quickest way to deal with it. (There is actually a video of well-known research on Coco the gorilla, where gorillas are taught to sign and one describes sadly the moment their group was attacked. He was taken into captivity very young and his mother was killed by hunters. He seems to be signing how he remembers something very bad happening to her. He does remember such a traumatic incident and has carried the sadness for many years while in captivity. 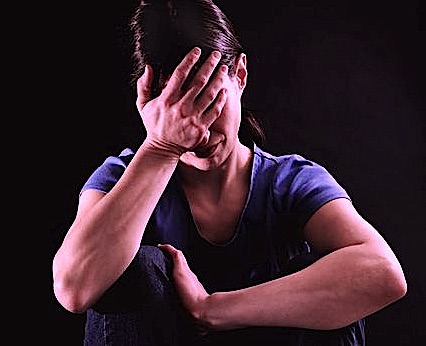 Lynn replies that in humans, unless there is a safe environment where the issues can be brought into awareness and addressed, they are simply buried or suppressed. Often it is being too painful to be kept in the present conscious mind and awareness. If the memories are painful and overwhelming, it is easier to forget and repress them. This doesn’t mean they are no longer stored in the body and mind at an unconscious level. They are not completely erased. They are no longer accessible and we forget that we forgot.

At this point, talking to a therapist may give perspective but it is still difficult to live in a new way that is not hampered by the stored negative experiences. Lynn describes how the biggest challenge is how to actually live and walk our full potential through the cells of our being what we have understood intellectually though working with and taking the advice of a therapist. The traumas cannot simply be resolved at a cognitive level but we must meet the emotions in the body itself as they come to awareness and also connect with forgiveness through what can be described as the spiritual dimension of our being, however, different thinkers and schools of thought may choose to name it.

In the Buteyko breathing therapy, raising CO2 in the lungs and body cells (if there is no ventilation-perfusion mismatch) through breath reduction training results usually is not just in higher body oxygen in tissue at a cellular level, but also increases energy and a calm state of being where negative emotions have much less influence on us. These changes, at extremely intense levels of practice, can include much less requirement for sleep and even mystical and psychic states described in Yoga. The Buteyko Method and the New Decision Therapy are complementary practices.

People living in a more natural way with a more physically active lifestyle often were more able to deal with trauma and stress because of their improved physiological state.