The video above shows Dr. Artour Rakhimov asking Lynn Himmelman “What happens when the CSX point is weak and what would be examples of guilt and regret?”. 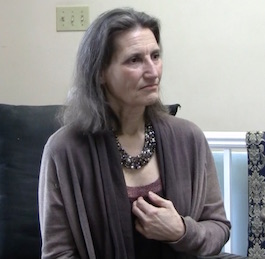 On this image, Lynn Himmelman shows the CSX energy point. This point becomes weak when a person has emotional trauma causing guilt and regret.

Guilt and regret can show up for many reasons. It often shows up when there has been some sexual trauma causing shame, depression, and anxiety. It can show up with emotional abuse or just because you had a parent who was constantly guilt tripping you all the time when you were growing up and you could never do anything right. Anger can show up as a result of that as well. It can be difficult dealing with past regrets, anxiety, guilt, and shame.

The mix of how it shows up can be variable from one person to the next and that’s where the New Decision Therapy assessment plays a really important role in being able to determine exactly what it is that we need to be focusing on. Whether it is anger, or guilt and regret, or any of the numerous cousins of those emotions as well, such as jealousy, depression, anxiety or vengeful thoughts and many other things. Many such people are trying to forget their regrets, but without the New Decision Therapy, it is impossible to heal all these negative emotions.