Forgive Yourself with NDT: No Matter What You’ve Done

In the video above, Dr. Artour Rakhimov asks Lynn Himmelman about forgiving yourself in trauma release. 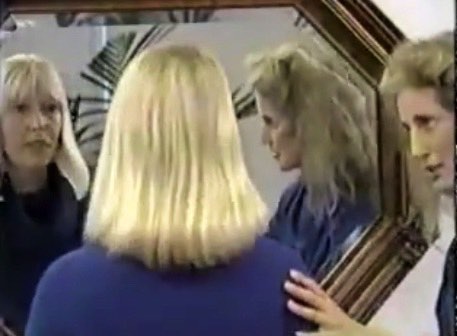 Dr. Artour shares that he has found that forgiving yourself according to the process which Kandis Blakely developed is a necessary step for most people and virtually all of his students (sixty to seventy clients). He asks Lynn Himmelmann: did she experience, while working with over two thousand people, situations where there was a trauma related to another person but when she tested the person relative to himself or herself that there was no need to forgive oneself?

Lynn Himmelmann suggests that there are a couple of different ways to answer this. Firstly, she answers the question regarding a specific client of all the clients she has worked with. This person came, went through the NDT process. Part of the work with each session is to try to bring the client back full circle to forgiveness of oneself. In the session one, there was forgiveness of other people but they were not ready to bring it back to forgiveness of themselves. The same thing with session two and six sessions later, (which is a good amount of work with one client and usually brings completion to the New Decision Therapy process). So the client had her points showing as strong but there was no indication that she was ready to forgive herself.

The indication in the New Decision Therapy was that she had done everything she was ready to do in those six sessions. She came back to Lynn three years later, ready to do the work towards forgiving herself.

So that case was an exception. Is it the case that in ninety-nine percent of cases that it is an immediate process? No, not everybody in session one or two or even three would be ready to forgive themselves but ultimately by the time they complete the NDT process they would have gotten to that part of forgiving themselves and generally speaking, as a guideline the various levels of clearings that we do in New Decision Therapy are towards significant other�s husband/wife, ex-lovers, brothers, sisters, aunts, uncles, bosses, cousins etc. That’s part of Level One – significant other clearings.

Level Two is a deeper dive in is the principal caregivers, usually Mum, Dad but it could also be Grandparents since not everyone has been raised by their own parents. It could be foster parents, it could even be a nanny or significant caretaker on that level. Level three would involve authority figures, police, lawyers, doctors, politicians, ministers, priests, rabbis, guru ‘God’ figures and symbols and representations of authority to whom we give away our power. And then ultimately the most important and the deepest dive is Level Four – Forgiveness of Self for a big or terrible mistake such as cheating or hurting someone.