Clearing the 3 layers of denial in New Decision Therapy

Dr. Artour Rakhimov, in the video above, asks Lynn Himmelman about clearing 3 layers of denial. 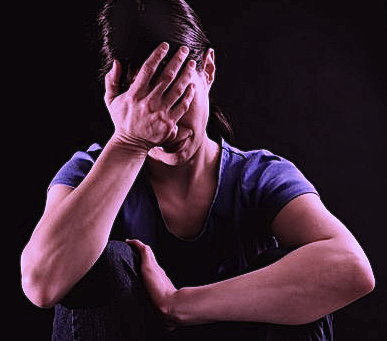 Lynn Himmelman talks about the three layers of denial. She uses the expression “the truth, the whole truth, and nothing but the truth” can set you free. The New Decision Therapy uses the mirror method for testing both eyes. The 3 layers of denial are used by asking 3 questions and with testing using muscular kinesiology. The client is re-tested to make sure if they are cleared of the trauma.

Firstly, you need to KNOW what’s true. You don’t necessarily know what’s actually true. Perception of a situation can be extremely distorted. Tragically the perception of some people with a severe mental disorder may be very disconnected from reality. Although the method is extremely helpful for many people, NDT practitioners tend to work with people struggling in their everyday lives. They do not work with people with severe mental breakdown or psychosis under the supervision of a psychiatrist or within a psychiatric institution. Lynn says that in order to help a person in that situation it would have to be in cooperation with and under the close supervision or their psychiatrist.

Secondly, being in a place where you are able to SPEAK what is true. There are many people who are so traumatized that they have lost the ability to actually speak up and say what is true. Because the trauma itself was a situation where it wasn’t safe to speak out. This tends to have repercussions throughout their life and many follow-up situations where they are still not speaking up. Even with a therapist and seeking the help they will talk about other things, still not talking about the deep-seated problem. It is not that they are purposefully hiding it but with the denial mechanism in place they are not even remembering it or thinking about it to talk about it.

Thirdly, the third layer of denial is to be stuck around RECEIVING the truth of the matter. Someone could be giving you the exact right and true piece of truth and understanding to move you toward the solution to the problem but there will be all sorts of kick-back and argument as to why it will not work and why they can’t do that etc. Even though it is the exact perfect thing that would help that person, they won’t be able to receive the understanding because of that third layer of denial. It is like “water off a duck’s back” to them or like oil and water that don’t mix. They actually cannot receive the truth.

So denial from a New decision Therapy standpoint means that the person is stuck on one, two or all three layers of denial and we actually have an assessment procedure that helps to identify whether a person is stuck on one, two, or all three of those layers. Generally speaking, we would be working with people who are stuck on the second and third layer but not usually people who are also stuck on the first layer who would not even have any concept of basic truth. A lot of times people are stuck because although they know it’s true, there is such a lot of fear in the system they can’t speak up or can’t respond to the truth. Some people who can ‘speak up’ can talk ad nauseum and give other people great advice but because they can’t seem to follow it in their own life, others look at that person as someone whose advice is not worth following as they clearly are not following their own advice in their own lives and it clearly doesn’t work so why would you follow it?

So the beauty of New Decision Therapy is that even before we take someone through the heart of the NDT process we give people a way to put back into circulation these blocked energy channels and pathways that have kept them in that blind-folded state of not being able to see the truth, or speak the truth or receive it. This is one of the reasons why New Decision Therapy works so well because they are going through the process with their eyes open literally and figuratively.

Dr. Artour Rakhimov confirms that as a New Decision Therapy practitioner he knows that you cannot progress until you have dealt with all three layers of denial. Lynn replies that as you can attempt to and that the practitioner has also been trained to watch for certain red flags that the client may have slipped back into one or two layers of denial. One particular sign in the NDT method where every technique is very focused and streamlined would be that we have specific questions that we ask the client when they are looking in the mirror. Ideally, they would just answer the question and when they are out of denial that is what they would do. But when denial is present they will tend to skirt around the direct answer and give this detail and that detail and this and that context and never arrive at the answer. So that is a sign that you need to take the person away from the mirror and open up those energy paths so that they are then realigned to know the truth, speak the truth, and receive the truth. So sometimes that can happen during a New Decision Therapy session, that they slip back into denial and there are ways of recognizing that. So she calls that particular piece, “the gold nugget” because it allows for everything else that unfolds after it to unfold as quickly as it does.