Side Effects of NDT: Clearing of Consequent Traumas

In the video above, Dr. Artour Rakhimov discusses with Lynn Himmelman the NDT trauma release: 3-day cleansing and later traumas. 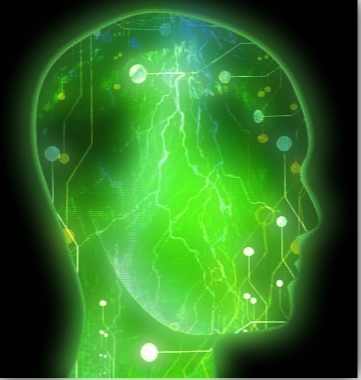 Dr. Artour Rakhimov discusses, the three day period after the release of the trauma from your body when the brain tries to readjust and reorganize itself. Because of the traumas, people often make the wrong decisions subsequently in their life. When the traumas are resolved, certain decisions in their later lives have to be reassessed – maybe in relationships, maybe in choices they made, these would also be part of the process during these three days. Dr. Artour Rakhimov asks Lynn Himmelman: if this would this be a correct interpretation of these three days?

The Journey of Clearing Emotions with New Decision Therapy

She replies that “When someone goes through the New Decision Therapy process and they have released these emotions related to the trauma or traumas because there can be repeated traumas as a result of the first one, this can be in some respects like the tip of an iceberg. So in New Decision Therapy, Kandis Blakely talked about (and I have seen in retrospect in myself first hand) that when a person goes through a trauma they are usually in an emotional arrest or pause mode. So emotionally, if I take myself as an example, I was forty-three years old, I hit a wall and spent twenty years searching, searching for different ways to solve it and did not find the solution.” How did Lynn recover from her emotional trauma and how did she release it from her body?. “It was only with the New Decision Therapy process. I had read numerous books and all sorts of wisdom insights which I could not put into place but it was as if suddenly the floodgates opened up and all of the wisdom and things I had collected and then I knew how to do things more effectively. It was like the door had been opened and I could now put into practice what I had learned. Does the New Decision Therapy process happen all at once overnight in one day? No. It is a day by day, step by step.”

There is a kind of learning that begins to unfold by the very nature of having opened the floodgates of healing. So I was a little bit naive in the beginning after my first sessions of New Decision Therapy, I felt marvelously better and I was overly optimistic about how everything was going to unfold for me now in terms of love relationships. The truth of the matter is you begin from where you left off and then you begin to walk forward. So I was beginning from the emotional arrest of a fourteen-year-old and so the next relationship that I went into began from there but everything unfolds very quickly. I did go through it with my eyes open. I was not the right person yet, but I did now go through it with my eyes open and before New Decision Therapy I probably would have ended up married to the wrong person and wondering why I was so miserable, but because I had not gone through New decision Therapy I did not know yet how to stop myself. I did not know yet how to stop myself from certain things because I had not walked the path enough yet but now I knew to put an end to it much earlier and I was able to do that from a place of strength and also from a place of love rather than anger (which I talked about earlier too) that is something that New Decision therapy helps to open up, that world of possibility where we can continue to keep our hearts open and make the right decisions along the way.

There is this common idea that we are not going to take proper action unless we forcefully bear in and fuel ourselves with anger and shut the door on the other person and call them a piece of scum. For example saying, “Is not he an awful person?” and “Look what he did” and “I am just going to remember all that so I can keep him away!” Right? No, because anger is like poison and holding onto anger is like drinking poison and then expecting the other person to die. Thus, the New Decision Therapy opens the door to a new way and to a more enlightened way of moving on. It allows us to not only deal and cope with trauma but release trauma from our childhood, throughout our past and, from our body.