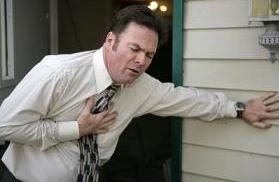 There are two main causes of myocardial infarction: 1) obstruction of the arteries and arterioles leading to the heart (due to a clot) and 2) their spasm or vasoconstriction.

In the condition of cell hypoxia, as during myocardial infarction, different tissues of the human body have various periods of survival. For example, brain cells can survive for less than three minutes without oxygen, liver, and kidneys up to 15-20 minutes, while survival of various muscle cells can range from about 60 minutes (for skeletal muscles) up to 1-3 days (for vascular smooth muscles).

Metabolic demands and temperature are additional factors that define the period of survival and possible apoptosis (a triggered cell suicide mechanism) and necrosis (the death of all or most of the cells in an organ or tissue) during myocardial infarction. For a more detailed review that provides pathogenesis of the heart attack, click here. 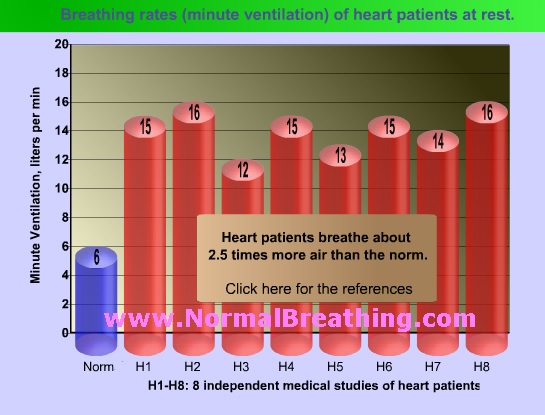 Over-breathing leads to arterial hypocapnia (or low CO2 levels in the arterial blood). This causes vasoconstriction since CO2 is, as some medical studies claim, the most potent known dilator of arteries and arterioles. This leads to reduced perfusion (blood flow) and reduced oxygen delivery to the heart tissue.

An additional cause of myocardial infarction is a positive electrical charge of the human body. In natural conditions and during nearly all human evolution, the body was grounded to the Earth, which has a slightly negative electrical charge. However, during previous decades, due to dramatic changes in lifestyle, most humans are insulated from the Earth 24/7. A recent clinical study proved that grounding reduces clamping of hemoglobin cells. This reduces blood viscosity and increases perfusion of the heart muscle.

Dozens of lifestyle factors can cause acute over-breathing and provoke myocardial infarction. These lifestyle factors include eating too much, stress, physical exercise with mouth breathing, and many others. All these factors reduce blood flow and oxygenation of heart tissue.

You can try drugs and other artificial methods. The successful clinical program (for treatment of myocardial infarction) was suggested and tested by these Soviet and Russian Buteyko breathing doctors. Their treatment option requires breathing normalization. It involves Buteyko breathing exercises and those lifestyle changes that increase heart blood flow and oxygenation.

For nearly all people, a possibility of myocardial infarction is reduced to nearly zero when a person gets over 30 seconds for the DIY body oxygen test. However, to treat myocardial infarction and achieve a complete clinical remission, people require to achieving normal breathing parameters. (See the Homepage for studies and numbers.)

Video: How to Stop Heart Attack.

Or go back to Heart disease