Module 8A. Restrictions, side effects, limits, and temporary contraindications

(Learning the Buteyko method by modules)

Breathing retraining and the Buteyko method are great tools to treat diabetes. We had students with insulin-dependent diabetes, and our observations are in complete agreement with clinical observations of Soviet doctors who successfully applied the Buteyko technique on hundreds of their patients with type 1 and type 2 diabetes. The results are the same: with up to a certain number for the morning CP (body oxygen test), there is no need for insulin or other medication since blood glucose control is normal naturally (within medical norms). This number (goal) is provided in the bonus content below.

Here is a web page that summarizes the major effects of breathing retraining on diabetes. 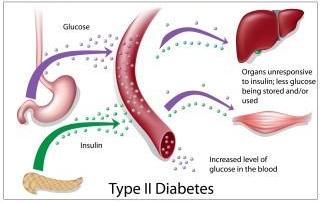 It is common that those practicing reduced breathing and breathing exercises increase body oxygenation (that we measure using the CP or body oxygen test). Hence, any medications (insulin included) that help to reduce blood sugar can potentially cause problems. Let us consider when and why.

If diabetics use the same insulin dose

Intensive breathing exercise sessions and quick growth in body oxygenation sharply increase the organism’s sensitivity to circulating blood insulin and increase production of its own insulin due to better perfusion and oxygenation of the pancreas in people with diabetes. This effect can happen during and after a single breathing session (as fast as in 5-10 minutes) or as an accumulative effect due to a fast growth in the body oxygen levels within hours or days after starting first breathing lessons. Hence, taking the same insulin dose or using the same dose of other medication can easily lead to hypoglycemic shock or severe hypoglycemia (low blood glucose levels), which is a very serious condition that is potentially fatal.

How to control blood sugar (glucose) levels and insulin intake

In order to prevent these complications and the effect, the common practice of Russian Buteyko medical doctors include the following suggestions for any person with diabetes taking medication to reduce their blood glucose. These suggestions are provided below as your bonus content.

You need to achieve over 40 s for the CP test and less than 70 beats per minute for a pulse in order to have normal blood glucose control.

1) Eat a small snack immediately after (or just before) a breathing session; for the pre-session go for soft foods, like fruit juice, soy milk with honey, or very well chewed bread, a piece of cheese, nut butter, and so forth.

2) Adjust daily insulin requirements (or other medication) to the current state by having good blood glucose control (periodic measurements), consulting their GP or family physician or endocrinologist about decreased blood sugar values, and asking/informing them about reduced insulin/medication intake.

Most diabetics, when they cooperate with their doctors, can safely decrease their insulin intake about 2 times after they start their program of breathing retraining described here. It is also a common practice for modern diabetics to monitor their blood glucose levels and adjust medication accordingly. Note that in the 1970s and 80s, when Buteyko was developing and teaching their technique to hundreds of diabetics, this was not common. At those times, blood glucose tests were conducted only about once a month. Therefore, one needs to take this factor into account when reading clinical reports of Buteyko and his doctors in relation to insulin dosage and diabetes.

Related pages:
– Diabetes overview
– Causes of diabetes
– Symptoms and complications due to diabetes