How to Get Rid of Phlegm in 2 Minutes (Breathing Remedy)

How to Get Rid of Phlegm in 2 Minutes (Breathing Remedy)

Phlegm can become a serious challenge if a person does not know about How to Get Rid of Phlegm. The organs of the respiratory tract (the throat, chest or lungs) and digestive system, as well as other body organs, produce a thin layer of mucus that serves many useful functions. The problem appears when the body produces too much mucus and this mucus becomes too viscous, providing a shelter for pathogens. This effect takes place in people with a sore throat, asthma, cystic fibrosis, bronchitis, and many other conditions. Here is your master plan to rid the body of excess phlegm naturally.

This home remedy for How to Get Rid of Phlegm was developed and used by over 150 Soviet and Russian MDs. They have successfully applied this medical treatment on thousands of their patients to get rid of existing mucus, reduce coughing and cure their sore throats.

Breathing Treatment (Getting Rid of Mucus) 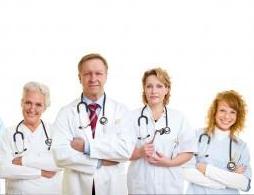 First, begin by relaxing all your muscles, then after your usual exhalation (outhale), pinch your nose and hold your breath until you experience some discomfort. Bear in mind that you need to breathe only through the nose after this breath hold.

When you release the nose after this period of breath holding, instead of taking a large inhalation (which you should not do if you have a sore throat), take a smaller inhalation using the diaphragm and/or abdominal (stomach) muscles, and then immediately relax all your muscles. Take another (smaller) inhalation using the abdomen (not chest) and again completely relax.

With each breath, inhale only a small amount of air (about 20-30% less than your usual breathing). Make these inhalations only through the nose while using the abdominal muscles and keeping chest muscles calm. Then completely relax all your muscles.

Your goal is to maintain a shortage of air (or an air hunger) for the next 2-3 minutes. This breathing technique helps you to stop or eliminate phlegm naturally nearly 2-10 times faster than doing nothing or using conventional techniques. Too much mucus due to allergies or inflammation may require a longer period of breathing retraining. The goal is to change your automatic breathing pattern, and make it slower and lighter (for higher-body oxygenation).

Conventional medicine and many respirologists teach their patients with phlegm in the throat or lungs to forcefully exhale or cough phlegm out through the mouth. In other words, most doctors teach forceful hyperventilation, which makes the problem with phlegm production worse.

Overbreathing causes CO2 losses, body-oxygen losses, suppression of the immune system and irritation of airways leading to more problems with a sore throat.

You need to learn how to practice reduced breathing with air hunger in order to provide more O2 to tiny cilia cells. These cells will be able to move phlegm from the chest and throat towards the mouth only if they have enough oxygen. Then you can gently dislodge the phlegm and spit it out.

Russian medical doctors practicing the Buteyko breathing method suggest that all coughing (if you get bouts of coughing) should be done through the nose, while mucus should be gently removed when it comes out naturally and is located inside the mouth (not chest or throat). The most effective methods to encourage airway clearance are:

– the breathing exercise explained above
– and easy physical activity with strictly-nasal breathing (in and out).

These factors lead to higher levels of alveolar CO2. Increased CO2 improves oxygenation and perfusion of hypoxic cilia cells naturally leading to restoration of their primary functions which is to move sputum upwards towards the mouth naturally. Furthermore, this approach does not cause a production of too much sputum due to the adverse effects of overbreathing.

How to Get Rid of Phlegm (phlegm cure)

For many people, the above exercise only helps for How to Get Rid of Phlegm. Here are the specific steps to solve this problem completely.

– Practice this reduced breathing exercise nearly all the time (but not after meals or when you have solid food in your stomach)
– Avoid allergic triggers, which causes mucus production (dust, pollen, cat proteins, and so on)
– Avoid mucus-causing foods (primarily dairy; but also meat and fish, gluten products, etc.)

For many people, the above exercise and steps only help to get rid of the existing phlegm. However, there is one special goal and criterion to solve this mucus problem completely. This step will be revealed as your bonus content…

Low body-O2 levels is the main cause of excessive production of phlegm or sputum in people with simusitis, cystic fibrosis, asthma, and other conditions. These people usually have less than 20 seconds for the body-O2 test, while the normal value is about 40 seconds. Over 150 Soviet and Russian doctors proved that all problems with too much mucus and clear phlegm are naturally solved when their patients reach up to 35-40 seconds for body oxygenation, which corresponds to normal breathing. This also solves problems with coughing and a sore throat forever.

Use electrical grounding of the body if you have inflammation and/or numerous allergies causing too much mucus and excessive clear phlegm. In many cases, just Earthing alone helps for How to Get Rid of Phlegm or will help to have much less mucus.

Or go back to Hyperventilation symptoms