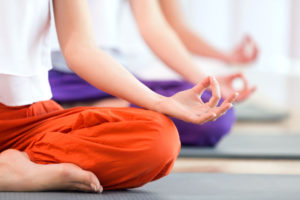 For many years, people have believed that deep breathing is the key to good health or that it can do wonders for a person`s health. However, this is not true. This is simply a myth or it can also be considered as or termed as the top health superstition of all times. It has misguided people for years and needs to be put away in the category of the health superstition now. As determined by doctor Buteyko there are certain practices for health superstition that need to be avoided in order to make sure that a person stays in good health. One of them is heavy or deep breathing.

In reality, deep breathing has several negative effects on the human body. For example, there are different biochemical effects of over-breathing or deep breathing on the major organs of the body. These organs include the kidneys, liver, heart, brain, stomach, spleen, pancreas, large intestines, small intestines, and other organs as well.

Deep breathing affects the concentration of carbon dioxide present in the body which is crucial for the overall dilation of the blood vessels present in the human body. It can easily be tested if you start breathing heavily after a span of two to three minutes you will start feeling unconscious. If continued a little longer you can even faint or pass out. Which indicates that it is not a healthy practice at all. This is due to low oxygenation, low blood flow, and tissue hypoxia. The low blood flow is specifically directed towards the brain due to which it`s control and its abilities become weak.

Also, heavily or deep breathing causes tissue hypoxia as it follows a similar phenomenon such as the Bohr Effect. One of the physiological laws explains that there is a release that takes place in the tissues which have higher levels of carbon dioxide in them.

These organs or muscles create more of this gas to attain more oxygen but at the state of being hyperventilated, the carbon dioxide content is lowered and therefore, the tissues surpass the amount of oxygen gas release which is required in the hemoglobin cell and hence, creates hypoxia. 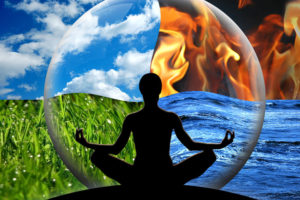 Therefore, it can be concluded that deep breathing does not do any good to the human body. In fact, it harms us more than anyone could expect. A person needs to continue normal breathing and also adopt the Buteyko methods and techniques in everyday life in order to make improvements in the health Superstition and to stay as healthy as possible.

Also, it is vital to understand why the level of oxygen is important to the human body and what the role of carbon dioxide is in the human body. People should learn to question the reasoning behind all the medical-related practices rather than to follow the old sayings and myths blindly. So, it is better to stop the practice of deep breathing now and start working to improve your overall health by adopting the activities which are actually healthy and helpful for your body.