During the previous lesson, we considered orthostatic DIY pulse test for POTS while monitoring the degree of heart rate increase when a person makes a transition from a lying (horizontal) body position to standing. Here, we are going to extract even more information from the same test by focusing on how this increase in pulse takes place.

When exposed to stress for a prolonged period of time, the sympathetic nervous system is vulnerable to becoming overactive. As with POTS, the condition is not uncommon in athletes who overtrain. However, it may also be triggered by physical inactivity, physical deconditioning, and other lifestyle factors. For example, SNS overactivity has been observed in intensive video gamers. Thus, the condition can be triggered by physical as well as psychological factors.

Common symptoms include feeling chronic mild (to strong) nervousness and anxiety, often with blushing and sweating. Most people with overactive SNS or sympathetic overdrive suffer from poor sleep (insomnia) and inability to focus and achieve peace of mind.

The dysautonomia orthostatic test for an overactive sympathetic nervous system is identical to the test for POTS, wherein one must observe the change in heart rate during a transition from lying down to standing.

STEP 1. Begin by lying down horizontally. Allow for your heart rate to stabilise, approximately for 3-5 minutes.

STEP 3. Remain still for at least 3 minutes until your heart rate becomes stable in a vertical position.

Examples to identify the condition

In a healthy individual with the normal SNS reaction, the curve of heart rate against time would resemble the following: 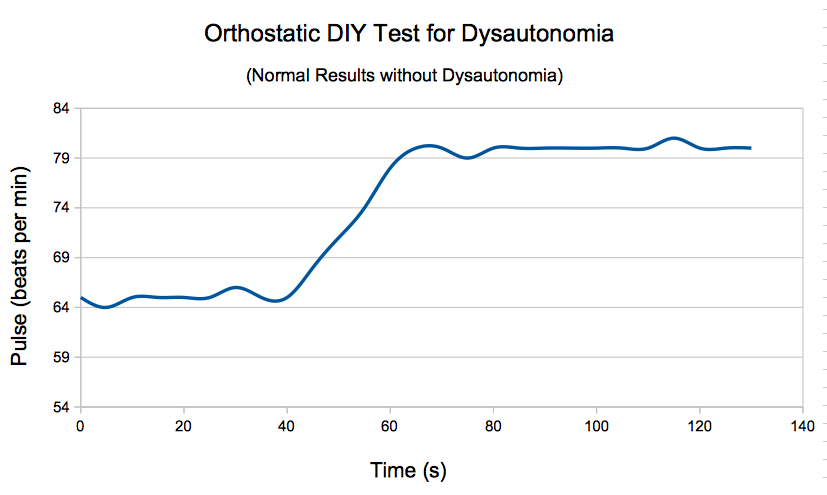 In an individual with an overactive sympathetic nervous system, the curve of heart rate against time may resemble the following: 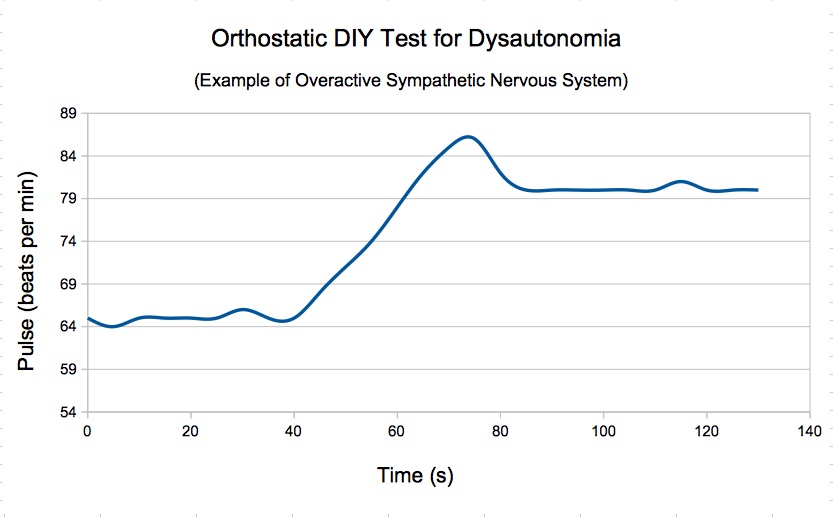 We certainly know that breathing normalization allows to treating an overactive SNS and the sympathetic overtraining very effectively. Breathing itself is one of the central functions of the CNS, while normal breathing requires active but small in volume inhalation (during automatic or unconscious breathing), and prolonged exhalation. Inhalations in healthy people and in normal conditions are controlled by the SNS, while exhalations should be passive and relaxed due to innervation driven by the PNS (parasympathetic nervous system).