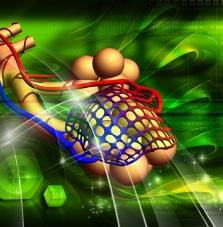 Acute hyperventilation (routinely found during medical investigations in lung patients) can cause additional lung damage or injury to lung tissue and worsen any chronic condition, including lung cancer (lung tumor), chronic obstructive lung disease, lung fibrosis, lung nodules, lung carcinoma, blood clots in the lungs, fibrosis of the lungs, fluid in the lungs, cystic fibrosis, asthma, bronchitis, emphysema, and many others. However, these pathological changes can be prevented or treated with supplementary therapy that involves breathing training. Increased levels of carbon dioxide in the lungs can heal them and prevent complications due to these conditions. As a result, many patients can avoid lung transplantation and heal themselves. This will decrease the need for lung transplants.

The following was discovered by medical researchers from the Lung Biology Program (University of Toronto, Canada), “… elevation in microvascular permeability was greater in the hypocapnia versus control groups. Injury following ischemia-reperfusion was significantly worse in the hypocapnia versus control groups.” Lung damage was proportional to the degree of hypocapnia (Laffey et al., 2000; Laffey et al., 2003).

Australian scientists from the Department of Thoracic Medicine, Royal Adelaide Hospital, revealed, according to the title of their article, that; “Airway hypocapnia increases microvascular leakage in the guinea pig trachea,” (Reynolds et al., 1992) worsening respiratory injury.

American doctors from the University of Washington Medical School in Seattle found that “Hypocapnia worsens arterial blood oxygenation and increases VA/Q heterogeneity in canine pulmonary edema,” (Domino et al., 1993) where VA/Q is the ventilation-perfusion ratio. This was the title of their publication.

On the other hand, the above-mentioned Canadian researchers stated the following: “Deliberate elevation of PaCO2 (therapeutic hypercapnia) protects against lung injury induced by lung reperfusion and severe lung stretch.” (Laffey et al., 2003) Note that, according to many studies, breathing CO2-rich air does not improve blood oxygenation and ventilation-perfusion ratio because CO2 is a powerful respiratory stimulant causing increased minute ventilation, which can worsen existing inflammation and lung injury. Hence, the alternative solution is to build up alveolar CO2. This can be achieved by slowing down breathing consciously (e.g., with the Buteyko breathing technique) or by using those breathing devices following the precautions and rules developed by Russian doctors for lung patients and patients with respiratory insufficiency symptoms. In fact, comparative studies suggest that breathing devices (e.g., the Frolov breathing device) produce superior results on lung function tests (see pages devoted to the Frolov device).

Lung damage, due to alveolar hyperventilation, has a biochemical basis. As we discussed before, alveolar hypocapnia leads to systemic cell hypoxia, generation of free radicals, and immune system dysfunction. Hence, hypocapnia (reduced CO2 in the alveoli of the lungs) can cause cellular lung damage due to biochemical reasons independent of the minute ventilation. On the other hand, hypercapnia (increased CO2 content) or “permissive hypercapnia.” as many respirologists call it, improves the state of the immune system preventing lung damage and promoting lung tissue healing (Similar CO2-healing effects were discovered for tissues of the skin and colon and tooth abscesses).

Apart from the known and popular Buteyko breathing method, there are other methods to treat lung damage. Available clinical experience suggests that the application of positive pressure during the Amazing DIY breathing device or the Frolov breathing device therapies should be particularly beneficial for lung patients, especially for the following conditions: collapsed lung, fluid in the lungs, respiratory insufficiency and mass on the lungs. This is a natural way to heal, treat, and prevent further damage to the lungs.

All mentioned references with abstracts can be found here: References for Lung Damage.

All mentioned references with abstracts can be found here: References for Lung Damage.