What are the spiritual or psychological causes of pollution? Why do modern people not care about the environment they live in? Medical studies suggest profound changes in the breathing habits and brain O2 content of people during the 20th century. 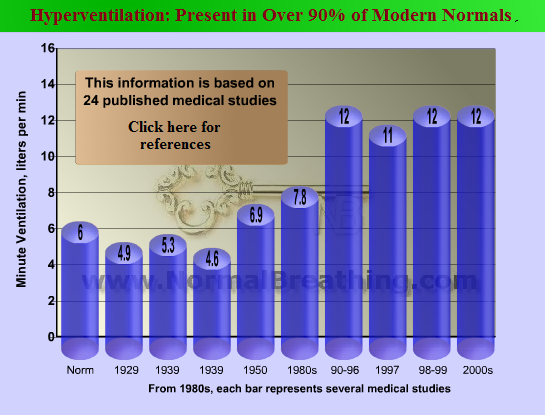 Hyperventilation is a norm for over 90% of modern people. Overbreathing causes brain hypoxia (lack of oxygen) and hypocapnia (lack of CO2, which is a sedative and calmative of nerve cells). As a result, modern people are not capable of handling tough challenges related to pollution in air, water, food, and soil due to toxic chemicals. Furthermore, since hyperventilation is a central part of the fight-and-flight response, modern people are overexcited about material possessions and selfish interests (see CO2: Stabilizer of Nerve Cells). Hence, hyperventilation or overbreathing promotes irrational human behavior and further industrial pollution. What about the health effects of pollution? 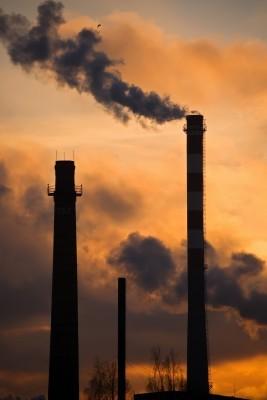 Many industrial chemicals are harmful to the body. For example, pesticides, herbicides, petroleum products, asbestos, preservatives, colors, heavy metals, and many others canaccumulate inorgans and body parts and stress the immune system and organs of elimination. The same is true for toxic chemicals that are present in the air, water, and soil. The resultant biochemical stress causeshyperventilation and arterial hypocapnia.

Toxic chemicals, once in the human organism,generatewaste products and free radicals, interfere with hormonal balance and influence the nervous, digestive, cardiovascular and other systems. These negative changes sooner or later cause overbreathing. The mere appearance of bacteria or large amounts of waste products from bacteria in the blood would be sufficient to cause heavy overbreathing. Hence, an ordinary bacterial or viral infection, including a cold or flu, will also lead to hyperventilation.

Therefore, environmental, professional, dietary and any other exposure to heavy metals, pesticides, herbicides, and other chemicalsare also causes of chronic hyperventilation. Thus, pollution leads to hyperventilation and low body-oxygen levels.

Most medical drugs cause pollution in the human body

“Antibiotics (penicillin, streptomycin etc.) intensify breathing. After 2-3 weeks of such treatment, the state [of health] unavoidably gets worse. What is the mechanism? Antibiotics fight microbes, suppressing the breathing of microorganisms. All the living world has one common foundation: metabolism. Therefore, antibiotics suppress the breathing of microbe cells and our cells. This causes excitement of the breathing center, its disruption, in the direction of intensification. Moreover, antibiotics create conditions for new allergies. Senseless, widespread use of antibiotics causes tremendous damage. Canfora, codeine, cordiamin, adrenalin, and ephedrine – also intensify breathing. People use them senselessly, trying to cure themselves, and cause tremendous harm to themselves” (Buteyko, 1977).

Alcohol, soon after ingestion, suppresses the breathing center and can increase the breath holding time about 2 times. Similarly, marijuana and cocaine can increase the body oxygen level (the CP test) about 3-4 times. This change in breathing, according to considered physiological laws, profoundly influences perception and feelings of the intoxicated person leading to increased confidence, logic, a feeling of energy, coordination, sharper sensations in relations to smells, colors, etc. Later, the abnormal substances are to be removed by the immune system and the liver and kidneys causing heavy breathing and hangover (hyperventilation and hypocapnia). The breath holding time plunges below the initial values. Low body oxygen and poor blood circulation generate many negative effects described on other web pages (see links with hundreds of medical studies below).

Or go back to Hyperventilation causes