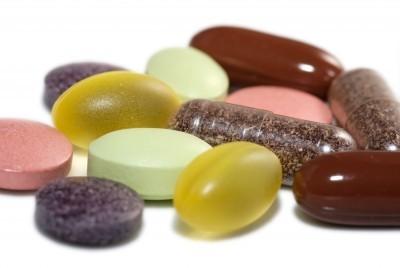 Due to intensive farming and food refining methods, our food is less nutritious than 100 or more years ago. We get less essential fatty acids (omega oils), calcium/magnesium, fiber, zinc, trace metals and other essential nutrients. Nutritional deficiencies, depending on one’s personal makeup, create stress for certain organs, body parts, and systems of the human organism. This stress creates or intensifies chronic hyperventilation in the sick while reducing their body oxygen. Therefore, nutritional deficiencies promote chronic diseases since any chronic disease gets worse due to tissue hypoxia.

Such diets contribute to the incidence of health problems, where chronic inflammation is an essential part. The Buteyko breathing method can help to correct this problem, due to better absorption of nutrients. However, the effect of the breathing exercises can be limited and, in some cases, negligible if these essential substances are not provided.

However, when the body-oxygen levels are is low (e.g., less than 20 seconds), digestion of fats is often impaired due to pathogenic gut flora and/or impaired abilities of enzyme-producing organs. For example, Dutch researchers found that “…Lipid malabsorption is not only a leading cause of EFA deficiency (EFAD) but also occurs secondarily to EFAD” (Minich et al, 1997).

Therefore, abnormal absorption of fats can be a result of the poor supply of EFAs. This causes a vicious circle. According to various reports, many weeks or even months may be required in order to correct this deficiency.

Some doctors found that many oils (for example, fish, hemp, flaxseed, sunflower, and evening primrose oils) can be rubbed into the skin (e.g., Prottey et al, 1975) when the oral route is not effective due to very poor GI health and pathogenic bacteria in the GI tract. Apart from intravenous infusion, a cutaneous application can be a solution of the problem.

A practical case. A student with emphysema learned the Buteyko method. He prevented deterioration of own health and avoided being on oxygen 24/7. For over 5 years he religiously practiced about 1-1.5 hours of breathing sessions every day. After sessions he had up to 90 sec AMPs, was feeling great, but had only about 15 s in the morning, while his daily CPs were about 30-35 s. This pattern was present for years. Later the arterial O2 pressure dropped down to about 80 mm Hg. Doctors suggested using O2 24/7. Accidentally he decided to start a tablespoon of fish oil per day, apart from his usual 2-3 meals per week with oily fish. The fish oil supplementation resulted in consistent 25 s morning CP instead of previous 15 s. Daily CPs remained unchanged, about 30-35 s.

Similarly, nutritional deficiencies in Ca, Mg, and/or Zn also reduce the CP and promote chronic overbreathing. When the missing nutrient is provided in right amounts, then the personal CP (body-oxygen test results) can increase by 2-5 s, in cases of severe deficiency by up to 10 s or more. Hence, the CP test is an accurate measuring tool for finding and correcting nutritional deficiencies. More detail about nutritional deficiencies and breathing retraining (including practical self-testing to find your personal requirements using a 3-day test) can be found in Part 1 of the Major Nutrients Guidefor Better Breathing and Body Oxygen Levels: Macro Minerals (Ca, Mg, Zn) and Fish Oil.