Effects of Body Overheating (At Night/Sleep Too) 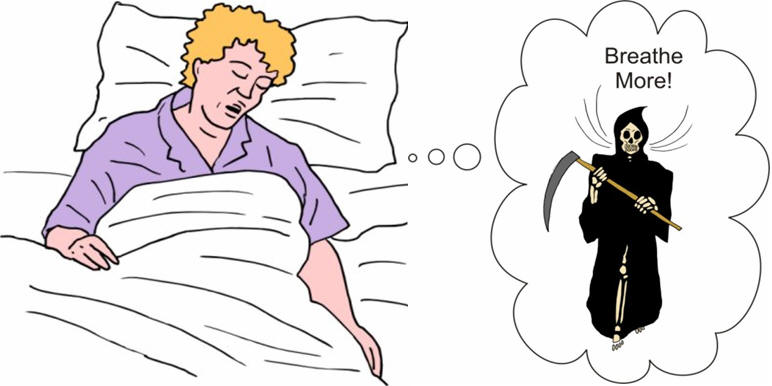 Effects of Body Overheating (At Night/Sleep Too)

“It is noticed that increased temperatures and overheating intensify breathing not only in dogs but in people too. This is especially noticeable in children.”
Dr. Buteyko KP, Public lecture in the Moscow State University, 1972.

Overheating, according to Doctor Buteyko, is a factor that intensifies breathing. That especially relates to children, who can suffer from the belief of their loving parents and care-takers that warm dressing is good and healthy. A child’s metabolism is about 2-3 times higher than an adult’s. Hence, their bodies generate much more energy. Hence, healthy children require much less clothing (Buteyko, 1977). When quite healthy children wear minimum clothing, it is possible to notice that their feet and hands are warm. Only if their feet and hands become cold, warmer clothing or some other actions are useful. This is true while they are sleeping too. Overheating naturally leads to mouth breathing in children with all the described effects, including poor health and the advance of all chronic diseases.

Similar ideas can be applied to grown-ups or adults. During summers, most modern people wear t-shirts, shirts, dresses and other light clothes, while going everywhere, outdoors and indoors. When the weather gets colder, people start to wear sweaters, jumpers, pullovers, jackets, suits, coats, etc. However, they continue to wear these heavy clothes when they are indoors, where the temperatures are higher. You can observe this phenomenon in shops and waiting rooms, libraries and offices, cars and public transport. As a result, this causes higher body temperatures leading to overheated bodies.

Investigations on the influence of overheating on breathing revealed that changes in air temperature, from 17 to about 40 degrees, caused a fall in CO2 pressure from 44 to 33 mmHg for healthy male subjects (Gaudio & Neil, 1968). Hence, overheating results in severe hyperventilation (overbreathing) and accompanying hypocapnia (CO2 deficiency). After some math, if we use the Buteyko Table of Health Zones, it follows, that their CP (Control Pause) results fell from 46 to about 8 s only due to the effects of strong heat. Hence, if we assume linear dependence between temperature and CP (although this may not be correct for the range of values), we can conclude that every 2 degrees of increased surrounding temperature produce about 2 s CP drop (less oxygen in the body cells).

Effects of Body Overheating at night

Overheating is a large contributing factor to acute attacks (exacerbations due to heart attacks, stroke, seizures, asthma attacks, and so forth), miserable health states, and even higher chances of deaths (mortality) in the sick. Most relatively healthy people also have worse health during sleep at night and during early morning hours due to the Morning Hyperventilation Effect. In severe cases, hyperventilation at night can lead to excessive sweating and additional body overheating during sleep.

However, it should be kept in mind that when one’s CP is less than a certain number, they are predisposed to colds and infections due to the reversal of the citric acid cycle and poor immune function. As a result, people with low CPs (the exact number provided as your bonus content right below here), should keep themselves warm. When the CP gets higher, human body tolerance to cold temperatures is greatly improved and having a cold environment becomes a positive factor for further CP growth.

Conclusions. Keep yourself comfortably warm, during sleep and at night too, if your current CP is low. Keep your body on a cool side 24/7, if you have more than this magic number that separates disease and better health states.

Furthermore, when one’s CP is above a certain number, it is beneficial to use cold water while following certain rules: Module 12: Cold Shower Benefits and Rules. This crucial CP number (the result for the body-oxygen test), is located below here as your bonus content.

This number is 20 seconds CP (the result for the body oxygen test): body O2 test