Diabetes Cause: Low Oxygen in Cells Due to Heavy Breathing

Diabetes Cause: Low Oxygen in Cells Due to Heavy Breathing

The reasons behind low body O2 is heavy breathing. This fact was confirmed by all 5 clinical studies that measured breathing rates in people with diabetes mellitus. 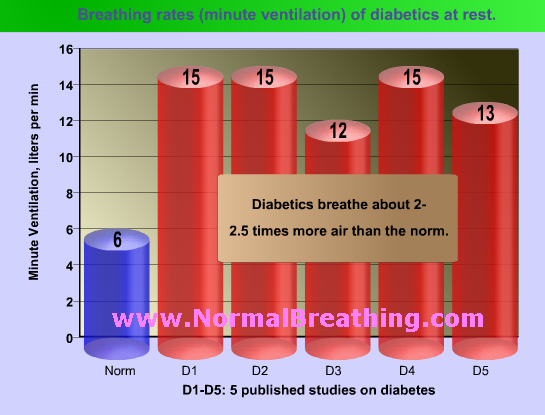 *One row corresponds to one research paper or medical science article

Hence, if we consider medical facts, we can realize that all diabetics are hyperventilators (fast and deep breathers). Therefore, the Table above explains the physiological cause of diabetes.

Over 180 Soviet doctors developed and tested a therapy that normalizes breathing in people with diabetes (see details below).

The video of the left side (“Cause of diabetes) features Dr. Artour Rakhimov who explains the reasons behind low O2 in cells for people with diabetes, heart disease, and asthma and how breathing retraining treats diabetes and eliminates its symptoms. 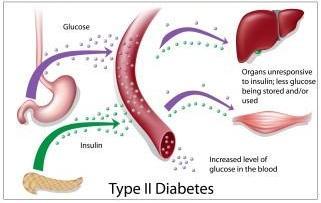 The ineffective respiratory pattern or heavy breathing in diabetes causes systemic hypocapnia (CO2 deficiency in the alveoli, arterial blood, and other cells). Hypocapnia leads to vasoconstriction and the suppressed Bohr effect. As a result, hypocapnia reduces body and cell oxygenation. It can decrease insulin production (due to insufficient perfusion and oxygen supply to pancreas) or it can lead to chronic pancreatic inflammation. Furthermore, those patients who have more severe forms of hyperventilation (less than 10 s for the body O2 test) will experience more problems due to complications of type 2 diabetes.

References for Cause of Diabetes page.

Related pages:
– Diabetes Mellitus: Its causes and proven medical treatment tested by more than 180 Soviet doctors on hundreds of people with diabetes.
– Effects of Breathing Exercises on Diabetes Symptoms and Complications: Learn about the clinical effects and exact required numbers for body O2 test and pulse that lead to complete elimination of symptoms of diabetes.