Weird Results of Top Western Trials of the Buteyko Method


“Just because you’re the lone voice in the wilderness, it doesn’t mean you’re wrong.” Mahatma Gandhi 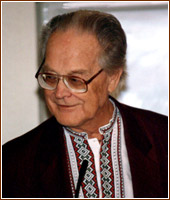 Those who follow the Buteyko trials for many years probably feel confused about one characteristic of Western clinical trials of the Buteyko breathing technique for people with asthma. This relates to unchanged lung function test results since clinical trials done in Russia and India did find better lung function after the intervention (see details below). Thus, over 90% of Western subjects get better (huge decreases in medication and symptoms), but the main numbers (that show presence of asthma and degree of inflammation to doctors) are the same as before. I felt this confusion for many years until the first days of November 2016. This article is to provide clarity to those who are still confused.

All Western trials report no improvements in lung function

Here are the main observations for the top 6 randomized controlled trials of the Buteyko method with results (quotes) taken from abstracts or original papers.

Note. “Year” means the year of the article publication.

In November 2016, after reviewing other Buteyko trials and approbations (two done in India, one in Egypt and one in Russia), I found that all of them reported improvements in lung function test results.

* Respiratory function was “assessed with respiratory parameters such as respiration, breath sound, use of accessory muscles, mental status, breath holding time, and color.”

For clinical trials of the Frolov device conducted in Russia on asthmatics, they just asked patients to use the device, let say, for 40 min per day (in 2 sessions 20 min long) without making any other lifestyle changes. Their patients could still mouth-breathe during sleep, sleep on their backs, have no exercise, and so forth.

I am going to add translations of these trials (probably on this site) later. There are several such reports (the standard way that is common for past Soviet and modern Russian medical approbations or pilot trials for asthmatics). These Frolov trials on asthma showed about 20-30% improvements in FEV and other lung function parameters (with statistically significant changes: p less than 0.05).

Note that some of these Frolov pilot trials use hospitalized patients during their acute stages (exacerbations). In such cases, usually, both groups improve many lung function numbers, but the Frolov group has about twice better improvements. In other cases, they take people with stable asthma (or other conditions). Then only the group that practices breathwork improves.

There is a clinical trial for people with COPD who practiced with the Frolov device and got better results for their lung function tests in comparison with matched controls. These were hospitalized patients due to COPD exacerbations, and the test group practiced with the Frolov breathing device for 60 days (30 min per day). See the translation itself and the Table with numbers here: Frolov device clinical trial for COPD.

Probably any experienced Buteyko teacher or trainer who taught many asthmatics knows that asthmatics gradually improve as their breathing slows down towards the norm. Thus, if we take, for example, a hundred of asthmatics and, if they get only 5 s improvements in their usual daily CP (this may take 1-3 weeks), then these asthmatics will have better airways (with less inflammation) and significantly better results for their FEV1 (forced expiratory volume), FEV25, FEV50, FEV75 and PEFR (peak expiratory flow rate). These improvements would be light or moderate, probably of the order of about 10-20%. But most important trials (blinded randomized controlled Western) showed no improvements even though other parameters of these trials were similar to those trials that found better lung function results (Indian and Russian trials, and Frolov device approbations and signed clinical reports).

These lung function numbers are the main and only flaw of the Buteyko method in the eyes of doctors and the general public since other parameters have positive changes.

How to explain these weird results?

Here is a video in which I discuss Who, How, and Why Falsified Western Buteyko Trials on Asthma (Global Anti-Buteyko Conspiracy):

In science, when it is not possible to get a logical conclusion from existing data (Does Buteyko improve lungs in asthmatics?), we need to question very basics. In this case, it is logical to suggest that Western clinical trials were falsified by people who are involved in global conspiracies and have the power to manipulate either doctors or devices. These are national security agents from Western security intelligence agencies who regularly involve (recruit and instruct) millions of stooges into different shows to create impressions (or illusions) in the minds of other people.

There are three methods that could be used by modern secret agents in order to achieve this fraud:
– by having hidden conversations with doctors and convincing these doctors to falsify results (numbers) in the name of “national security and public safety”
– by electronic manipulation of devices that measured lung function results
– by electronic manipulation of computers that calculated the averages for lung function results.

Note. Most people from other Western countries, if they believe in this scam, are likely to get an idea, “It would not happen in my country” or “Our agents would not do that”. This is a lie that over 95% of people will construct in their heads. There is no major difference between Western NSAs (national security organizations). Another very common reaction is a switch from extreme trust to extreme hatred. We need to avoid both of these drama extremes.

Why did these secret agents organize this scam?

Most likely, there were execution crimes that “forced” Western agents to organize this scam with Buteyko trials. What does it mean? There were many weird or unexplained execution crimes such as:
– murders of over 15 leading microbiologists (who were involved in vaccine development and research) soon after 9/11: do you remember chaos and paranoia just months later due to several mysterious outbreaks including bird flu, swine flu, SARS, ebola, etc. that killed hundreds of people worldwide with official sources claiming that “causes of appearance are not known”? We do not hear news about such outbreaks during the last years. This indicates that those infectious outbreaks were organized by the same Mafia who killed microbiologists to prevent defense and intimidate other researchers
– unsolved murders of eight alternative health doctors in Florida, USA, during June-July of 2015
– mysterious execution of Rhoden family (8 people) in Ohio in April 2016.

Therefore, it is most likely that the same professional executioners killed some relatives (usually children) of subjects of these Western trials or doctors who organized these trials or even children of staff members of the same hospitals. How many were killed? Maybe 5-10 or up to 20 before each trial. An important part of many of these murders was that they artistically or symbolically hinted on the trial as if saying to Western secret agents what to change. For example, dozens of dead people could be found with their throats cut, or with some devices in their airways, etc.. Such details are not reported in the media (since secret agents decide what to report).

After this Ohio execution, from hundreds or possibly thousands of comments left by ordinary people online, virtually nobody questioned: “Who is responsible for solving and dealing with such crimes?” This is because, as it was shown by Milgram Experiment, humans still live in the mental state of slavery when it comes to interactions with authorities (especially state authorities). As a result, modern NSAs live in the conditions when they are responsible for nothing and can easily do nearly anything with any person without being held responsible for their actions. In relation to this Mafia who organizes executions, modern NSAs are even not obliged to report to the public that they (secret agents) are not able to protect the public or carry on their main job. Hence, secret agents get easily seduced by various manipulation activities such as this scam with Buteyko trials in order to cover up their professional incompetence.

What would be the short-term effects of these spectacular murders organized by the Mafia around Buteyko trials? If those secret agents from ASIO, MI5, NZSIS, and CSIS did not obey the “hints” of the Mafia, more people (tens or hundreds of civilians) could be killed, especially children, since there were thousands of defenseless targets, while it was and is simply impossible, using current methods of dealing with this problem, to protect all these potential targets (civilians) of the Mafia. So, the agents decided to sacrifice the Buteyko trials probably believing that this was done to protect civilians from terrorism.

Global effects of this scam-fraud

One may expect that, if the treatment of asthmatics and application of this technique is delayed, then we can calculate how many people will die and how many will have miserable lives due to this fraud-scam in years or centuries to come. 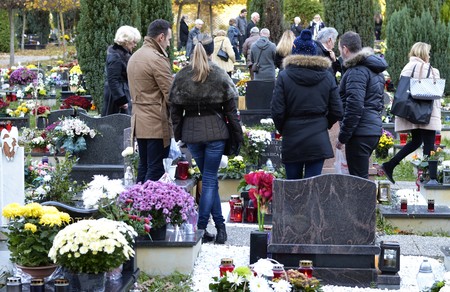 Assume that this scam will delay the advance of this technique for 100 years. The current application of the method is tiny (less than 0.1% even among asthmatics). If the method has positive numbers, up to 10% of asthmatics will likely try it in the future. This allows us to predict how many deaths could be prevented and how many asthma deaths will occur due to this fraud. Similar estimates can be done for COPD, cancer, heart disease, and diabetes. You can share your estimates below. My evaluations will be considered on this page (in construction): Effects of the Fraud/Conspiracy Related to Clinical Trials of the Buteyko Method for Asthma.