Buteyko and Breathing Retraining for Pregnant, Dangers of Spontaneous Abortion

(Learning the Buteyko method by modules)

(Module 8a. Restrictions, side effects, limits, and temporary contraindications)

The main negative health effect of pregnancy is hidden overbreathing (hyperventilation) that reduces oxygen transport to all vital organs. Here is a link to a great overview with the title “Physiological mechanisms of hyperventilation during human pregnancy“. Therefore, nearly all women, after getting pregnant, start to experience more symptoms and health problems.

The pregnant have more headaches and cramps in muscles. The nose becomes more blocked and stuffy, especially during sleep and after meals. Many women experience bouts of chronic coughing at night that is really hard to stop without using the reduced breathing exercise. Another common concern is persistent constipation. Any serious health condition, including heart disease, diabetes, asthma, and COPD, also get worse and require more medication to control symptoms during pregnancy.

All these symptoms can be successfully addressed with a reduced breathing exercise, but can pregnant females fast and safely progress with their CP (body oxygen test) results in order to experience and enjoy the main effects of breathing retraining?

The main danger during pregnancy is spontaneous abortion that can happen due to a cleansing reaction caused by very fast progress in body-oxygen test results due to breathing retraining.

Imagine a pregnant woman who starts with about 10-12 s CP. Note that hyperventilation, hypocapnia, reduced perfusion, hypoxemia, headaches, cramps, and many other effects of hyperventilation (hypertension, asthma, poor blood sugar control, anxiety, coughing, and many other effects) are common in pregnant females these days. Then assume that she achieves 35-40 s for the body-oxygen test in 4-6 days due to intensive breathing retraining. 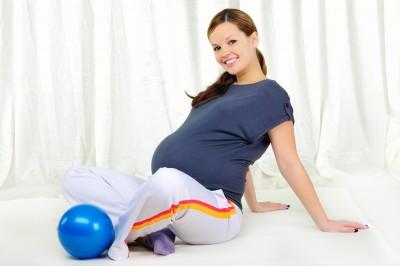 Her automatic or unconscious breathing pattern becomes much slower and lighter. Body oxygenation gets much higher. As a result, all mentioned health problems and symptoms can be treated fast. But there is one big problem. The immune system becomes highly sensitive to abnormal tissues and is able to reject transplanted organs, as we considered above.

Similarly, the immune system at higher CPs can easily reject an embryo at the state when it is not yet attached to the womb of the mother (the first trimester of the pregnancy), as Buteyko Pregnancy Abortion breathing doctors discovered during the 1960’s. The chances of spontaneous abortion are much higher, if the growing embryo accumulated medical drugs or if the mother has been taking medication before and immediately after getting pregnant.

In order to prevent this scenario, the pregnant woman should have a defensive program of breathing retraining based on prevention of large CP fluctuations or CP losses (episodes of hyperventilation) due to overeating, mouth breathing, supine sleep, poor posture, morning hyperventilation, etc.

The rate of CP progress while learning the Buteyko Pregnancy Abortion technique or using breathing devices (the Frolov device or DIY breathing device) should be limited to certain numbers. You can find out these details right below here as your bonus content.

The safe rate of progress for the morning CP is:
– for women who used medical drugs for a long time or were exposed to toxic chemicals, by 2 seconds in one week;
– for other pregnant women, by 3 s in one week.

When teaching and learning breathing retraining and Buteyko Pregnancy Abortion, it is smart to apply numerous defensive measures related to lifestyle changes.

Go back to: Learning the Buteyko Pregnancy Abortion method by modules