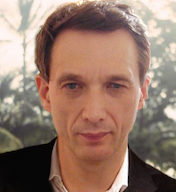 Buteyko teacher training is now organized by numerous trainers, clinics, and centers worldwide. Currently (November 2015 update), the two largest Western organizations who offer certification are:
– BBEA (Buteyko Breathing Educators Association), mostly based in the USA and Canada, but with many other practitioners located worldwide: http://www.buteykoeducation.org/.
– BIBH (Buteyko Institute of Breathing & Health). mostly known and based in Australia, New Zealand, and the UK: http://www.buteyko.info/.

There are also courses for Buteyko practitioners offered by Patrick McKeown (Ireland), Jennifer Stark (NZ), Glenn White (NZ), and many other teachers.

Which version of this breathing technique is taught in the Western world? The Buteyko method was brought to the west mainly by Alexander Stalmatsky in the 1990’s. He taught thousands of students, mainly in Australia and England. Many of his pupils later became practitioners and now offer courses in practitioner certification and training.

Differences in the training of new Buteyko educators

Many decades ago, Dr. Buteyko noticed that Soviet doctors, who were teachers of this breathing method, had a strong tendency to teach their students only until the same level that this specific teacher had ever achieved. In other words, if a teacher had 30 s for his morning CP, as his best results, he would likely teach their students only until this level (and no more).

As a result of this observation, Dr. Konstantin Buteyko suggested that new breathing teachers would be required to achieve the physiological norm for breathing (6.5% CO2 in the lungs and arterial blood) 24/7 that corresponds to about 60 s for the morning CP test. This requirement was later introduced for certification of new Soviet and Russian breathing instructors.

Note that since the 1960’s, in Russia and the former USSR, the Buteyko technique has been taught mainly by medical doctors and other health professionals, while less than 3% of all Western Buteyko teachers have had any formal medical education.

The main advantages and important features of Russian teaching of the Buteyko method and Russian teacher training relate to the following two areas:
– better knowledge related to lifestyle and other factors in order to achieve the Buteyko golden standard of ideal health: 60 seconds for the morning CP (body-oxygen test). In other words, Russian patients or students achieve better long-term results.
– better knowledge and application of the Buteyko method in relation to people with specific (hard) conditions, such as hypertension, panic attacks, and migraine headaches (some Western teachers apply maximum pauses for these groups of people when they still have low CPs), as well as diabetes, cancer, emphysema and other serious or rare conditions that require additional lab tests and better knowledge of these pathologies.

However, these are average or general observations that cannot be applied to each Western or Russian Buteyko teacher.

These Buteyko teachers acheived stable 60+ s for the morning CP with no more than 4.5 hours of sleep for many months. In 2019, one more teacher Chris Prokop from Canada broke through 60 s MCP.

Contact details:
Currently, one can apply for Buteyko teacher training from CureEndStageDisease.com here: Contact Dr. Artour with the same requirements as for people with serious chronic diseases. If you believe that you can progress with less work, we can discuss and maybe try that.

Related pages:
– No payment Buteyko teacher training with Dr. Artour
– Buteyko educator training: Details related to my courses for Buteyko breathing instructors (what they learn, how many hours, how long it takes, etc.).
– Buteyko courses and fees including requirements and fees for practitioner training and certification.