– Safety and efficiency of the Frolov device (FDA’s approval)

Published in the book “Theory and Practice of Healthy Breathing”, edited by Professor Tsirelnikov NI, Scientific Centre of Clinical and Experimental Medicine of the Siberian Branch of the Russian Academy of Medical Sciences, Dinamika Co Ltd., Novosibirsk, 2001. 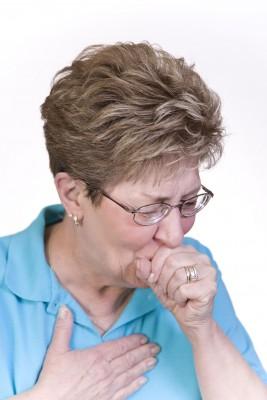 The objective of the present research was investigation of the influence of the individual device TDI-01 (Frolov breathing device) on the respiratory system during complex therapy of patients with bronchial asthma of moderate severity (3-rd degree) during a stage of unstable remission (a diminishing acute asthma exacerbation). For achievement of the specified objective, the following tasks have been put forward:

1. Comparison of efficiency of the standard therapy and the complex approach that includes the use of the breathing device TDI-01 in combination with standard therapy in patients with bronchial asthma.

2. To estimate the influence of hypercapnic training with the breathing device TDI-01 on clinical manifestations of bronchial asthma, the state of ventilation of lungs, gas exchange and processes of peroxidation of lipids.

3. To test the recommended procedure with the use of the Frolov breathing device in complex therapy of a bronchial asthma of moderate severity (3-rd degree) during a stage of unstable remission (a diminishing acute asthma exacerbation).

To address these issues 20 patients with bronchial asthma were observed. The experimental group included 12 patients (6 men and 6 women) with the average age 43,9 years, 11 of whom had bronchial asthma of the moderate-severe degree (3) and 1 patient had endogeneous asthma (aspirin-induced) with symptoms of atopic asthma in response to skin pollen antigens (3-rd degree).

The investigation of patients was carried out in the hospital (Spaso-Perovsky Hospital of Peace and Mercy, Moscow, Russia) 10-12 days after their arrival in the Pulmonary Department when the elimination of acute asthma exacerbation had been controlled and after the elimination of the emergency room treatment (a short course of glucocorticoids, parental introduction of sympathomimetic drugs and xantine derivatives). Thus, the patients of the experimental group, at the time of our initial investigation and at the beginning of the use of the breathing device TDI-01, were in a stage of unstable remission. Consequently, all observable patients continued inhalation of glucocorticoids (mainly Ingacort with a daily dose of 1,500 mkg), short acting bronchodilators (Berotec, Ventolin, with a daily doze of 600 – 800 mkg), and long-acting theophyllines (Teopek 0,3 g 2 times per day).

For measuring of the pulmonary parameters, diagnostic devices “Transferscreen-2” and “Bodyscreen-2” (both from Erich J�ger GmbH; H�chberg, Germany) were used. The latter measured: spirometry, pneumotachometry, body plethysmography, and transfer factor of carbon monoxide (diffusion capacity of the lungs) in a stable regime. The analysis of a system “lipid peroxidation – antioxidant protection” involved calculation of a content of by-products of free radical oxidation of lipids (malondialdehyde) in erythrocytes (MDAer) and plasma (MDApl) (the Goncharenko method, 1985) and calculation of the ratio of AOA (antioxidant activity) to the sum of MDAer and MDApl for an assessment of FAPO (functional antioxidant protection of the organism). Statistical analysis of results was conducted using the nonparametric criteria of Wilkinson and variational statistics with the use of Student’s T test.

To encourage active participation in the medical treatment, explanatory conversations with each patient were arranged.

According to the instructions, patients in the experimental group, within 10-12 days of their stay in a hospital and under our supervision, achieved 20 seconds duration of their respiratory cycle with the use of 20 ml of liquid (a physiological solution) for creation of additional resistance during inhalations and exhalations. The average duration of training sessions throughout the whole study was 20 minutes 2 times day.

The assessment of the initial state of their respiratory systems in the experimental and control group was carried out during a phase of the decreasing acute asthma exacerbation (on 10-12 days of patients’ arrival in the hospital). From this time the experimental group, in addition to the pathogenic and symptomatic medication therapy, engaged in a recovery therapy program using the TDI-01 (Frolov breathing device) for the next 10-12 days of their stay in the hospital. The patients of the control group had the standard therapy including inhaled sympathomimetic drugs, glucocorticoids and application of long-acting theophyllines.

On days 24 and 25 of inpatients hospitalization, they all were discharged, while the patients of the experimental group continuing to use the TDI-01 device. One month after their discharge from the hospital, we conducted a repeated assessment of the respiratory system in patients of both analyzed groups.

During the initial functional investigation of the respiratory system, patients of the experimental and control groups had moderate respiratory abnormalities of an obstructive type with structural shifts in the TLC (total lung capacity) of the lungs, which was accompanied by increased RV (residual volume). This lead to significant ventilation-perfusion mismatch expressed in significant decrease of DLCO (diffusion lung capacity for carbon monoxide) [also known as TLCO (transfer factor of the lung for CO)] in the stable state. In the main and control groups the initial investigation did not reveal any statistically meaningful differences in their volumes, rates, and parameters of gas exchange (Table 1).

After 1 month we found the positive dynamics in the computer analysis of the “flow-volume” loops for the main group, elimination of the pulmonary hyperinflation (RV reached normal and arbitrarily normal values – 117,2�7,1 %) (Appendix 2). The specified favorable changes in ventilation of the lungs caused statistically meaningful positive dynamics in gas exchange in the lungs. This was expressed in the increase of DLCO demonstrating improved ventilation-perfusion ratio in different parts of the lungs.

In contrast, in the control group (maintained on the standard therapy only) the parameters of ventilation and gas exchange did not change significantly and remained significantly different from the normal values.

Improvements in the pulmonary parameters in the main group were accompanied by positive clinical data which were characterized by: decrease in the frequency of dyspneic episodes during the day, improvements in the quality of sleep (decrease in the frequency of breathlessness during the night), improved tolerance to physical exercise, increase in the subjective threshold of shortness of breath (2 patients independently carried out numerous successful attempts to eliminate symptoms of heavy breathing with the use of the TDI-01). The above-stated clinical changes and the positive dynamics in pulmonary function parameters allowed us to lower their doses of inhaled glucocorticoids from about 1,500 mkg down to 1,000 mkg due to requests of patients during follow-up visits and individually reduce the frequency of their use of sympathomimetic drugs.

In the control group, the clinical data and pulmonary parameters did not improve significantly. Therefore, it was recommended to these patients to maintain during the next 2 months the basic pathogenetic and symptomatic therapy in the initial dose.

During the initial investigation of the system “lipid peroxidation – antioxidant protection”, we discovered the state of oxidative stress manifested in the essential rise of a level of by-products of lipid peroxidation, especially MDAer (malondialdehyde in erythrocytes). This demonstrated significant destructive changes in the biological membranes of blood plasma cells and was within the normal range values in both groups. However, in conditions of such significant growth in free-radical oxidation, the functional antioxidant defense of the organism sharply decreased.

On a background of the conducted treatment, the main group experienced statistically significant reduction in by-products of lipid peroxidation. This led to to growth in the parameter of functional antioxidant protection of the organism (FAPO). We noticed positive changes in the system “lipid peroxidation – antioxidant protection”. but these changes did not have statistical significance. It is necessary to note that, after 1 month after their hospital discharge, the patients of the main and control groups had essential stress in the analyzed homeostatic system since MDAer, as well as MDApl did not achieve normal values, although antioxidant protection of the organism in the main group was reliably higher than the initial values.

Thus, the obtained results allow us to make a preliminary conclusion about positive effects of the respiratory device TDI-01 on the respiratory system of patients with moderate-severe bronchial asthma during a stage of unstable remission (a diminishing acute asthma exacerbation). Its clinical recovery and rehabilitations effects consist of:

1. Improvement in bronchial conductivity and decrease of hyperinflation of the lungs, which is probably connected with positive pressure during exhalation leading the prevention of the expiratory collapse of small respiratory airways and decrease in expressiveness of signs of bronchotracheal dyskinesia;

2. Normalization of pathological ventilation-perfusion irregularities and optimization of gas exchange;

3. The anti-inflammatory action, realized through decrease in free-radical oxidation of lipids, as a result of hypercapnic action of the device TDI-01, which accelerates achievement of clinical remission.

Disclosure of other mechanisms of influence of the breathing device TDI-01 (the Frolov breathing device) on the respiratory system of the patients with bronchial asthma and confirmation of our data require conduction of further in-depth investigations including dynamic spirometry (peak flow measurements), definition of reactivity of airways on a background of application of the respiratory breathing device (Frolov) and the analysis of a complex homeostatic systems of an organism (including the protease inhibiting balance). We believe that the use of the device TDI-01 is promising in treatment of bronchial asthma and, especially, in cases when it is accompanied by a hyperventilation syndrome, as well as for the patients with chronic obstructive bronchitis and emphysema of the lungs.

The main Frolov-device page provides interesting facts about the Frolov device and its popularity in Russia.